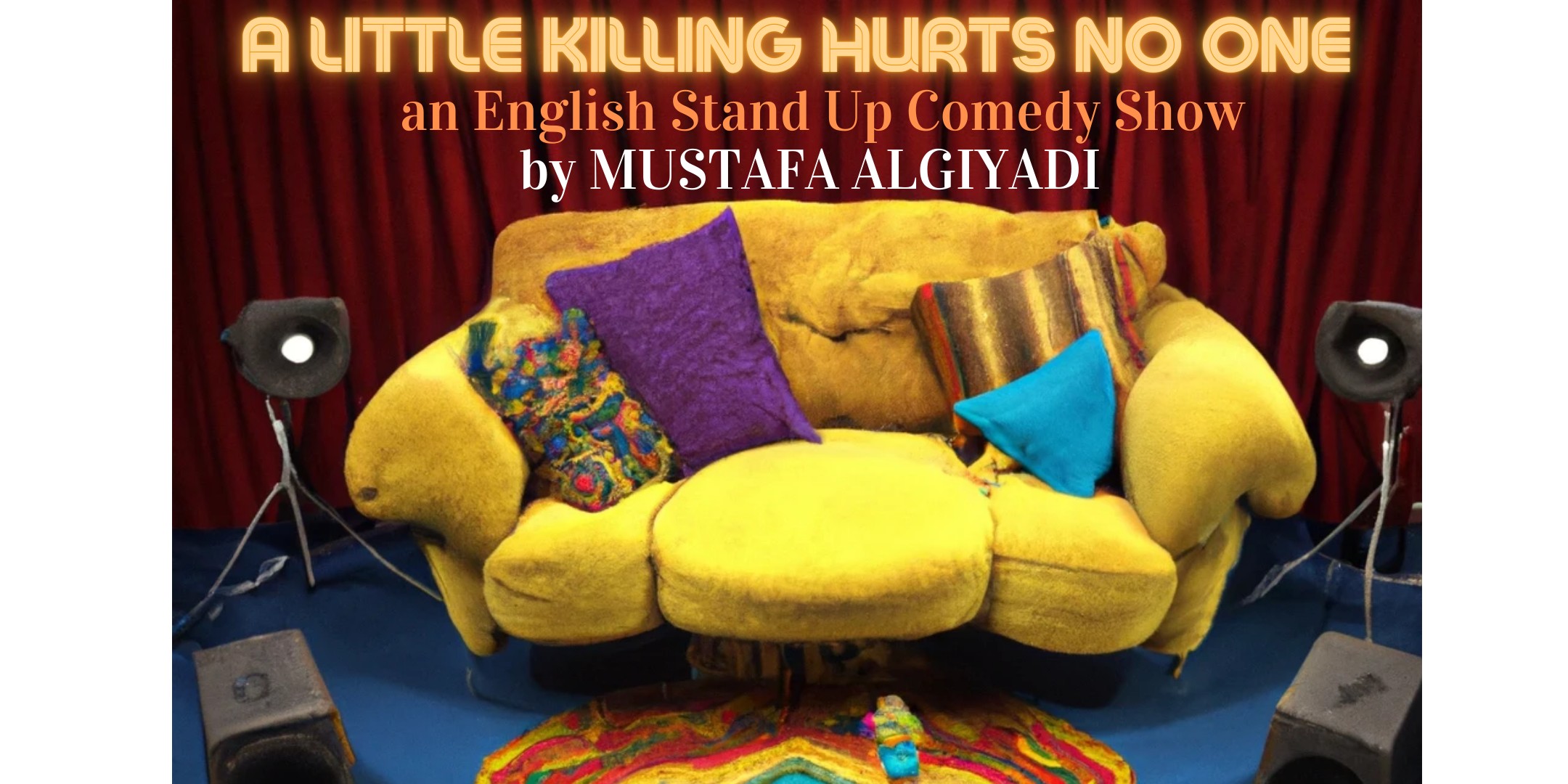 In “A little killing hurts no one” , Mustafa Algiyadi maneauvers through the european way of life from the lens of an Arab, longing so bad to be part of it, yet contronted with some cultural differences that makes it….confusing!
If you are up for deconstructing people’s behaviours, talk about war, religion, meditation, velvet sofas and to learn that maybe some killing is not so bad after all then you got to see this stand up comedy show and enjoy all that with laughters along the way.

Mustafa Algiyadi is the co-founder of the first weekly and longest running English Stand Up Comedy Open Mic in Munich. Mustafa’s humour is eclectic, spanning the spectrum from the silliest to the darkest, all mixed with a semi intellectual demeanor, that adds to the severe imposter syndrome that he has. He found out that the best way to battle this is to go on a tour with his show.