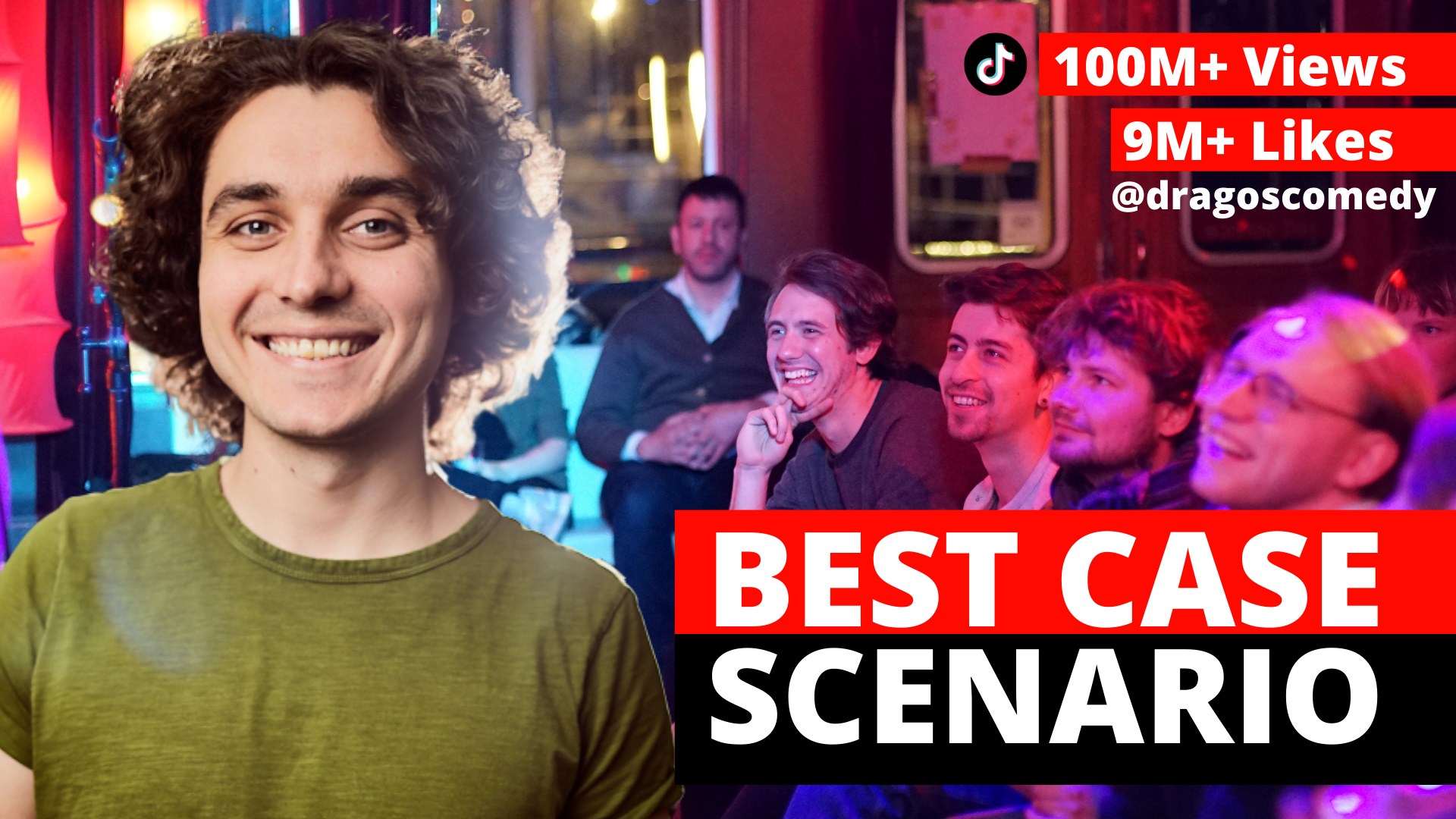 After the success of his first standup show Hungry Hungry Dragon – which was toured in over 70 European Cities, received over 500+ reviews and earned Dragos the role of opener for the Grammy Nominated Comedian Jim Gaffigan on his European Tour.

Dragos is now back working on a brand new show.

During the lockdown Dragos has spent his time writing for Comedy Central and building up international audience on TikTok of over 350 000 followers around the world.

With new perspective on the world – the new show promises to DARK, Inquisitive and Hilarious.
Join us on Sunday to see the new hour coming together!

———————————————————–
Q: Who is Dragos?
A: A citizen of the world that appeals to an international minded crowd, Dragos is a Romanian standup comedian who started his comedy journey in the wonderful country of Singapore, one of the most vibrant standup scenes in Asia!
Based out of Berlin – Dragos is one the first Comedians in Europe to write and perform material exclusively for Europe in English

Q: What kind of comedy is it?
A: The comedy has been described as Cute but Dark and focused on culture, emotional trouble, and emotional limitations.

Q: What language is this show in?
A: The show is fully in English
Q: Is someone going on me if I sit in front?

A: No, the show is very friendly
Q: Is it vulgar comedy?

A: Dragos’s comedy is more cultural in nature and focuses on differences between European cultures, it is not vulgar.

Q: Where has Dragos performed?
A: Over 30 countries around the world and more than 70 cities in Europe.
Q: What can I expect to learn at this show?

A: The new show is a dive into cultural differences, East European Legacy and Struggle as well as just plain funny dark jokes and fun audience interactions.

Q: Can I check out some his comedy first?
A: Yes search @dragoscomedy on all platform and you will be able to find daily clip