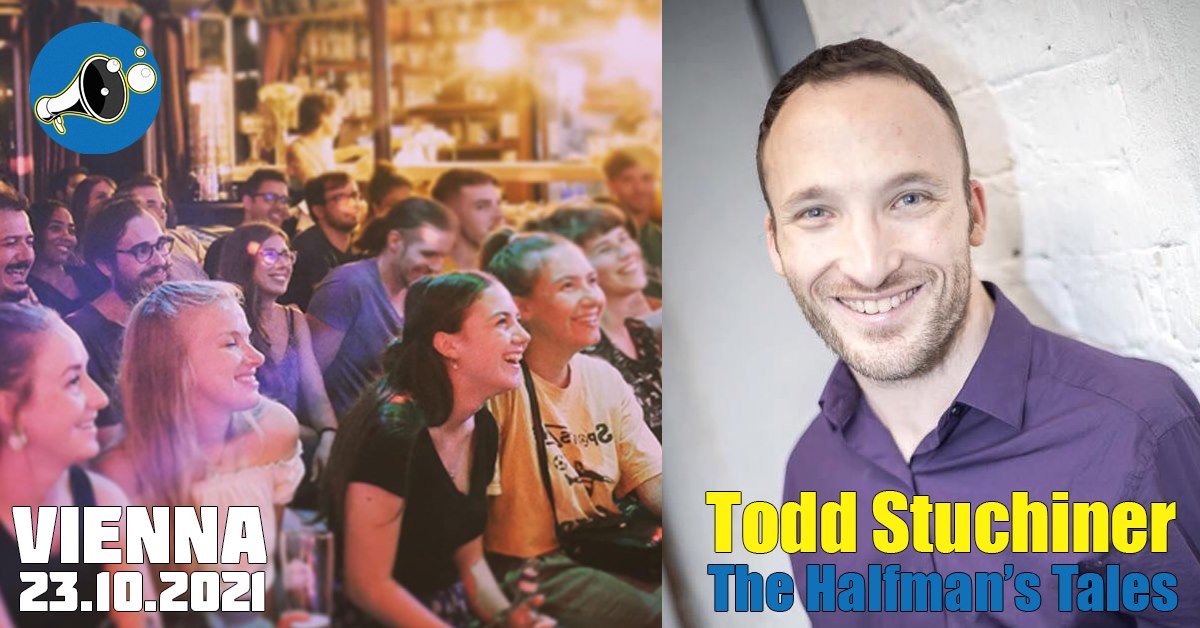 If ever the phrase “The truth is stranger than fiction” applied to anyone, it is New York native Todd Stuchiner. The Halfman’s Tales, now in its second year, chronicles his misadventures all over the world.

See how different cultures respond to a Jewish, Little Person with Cerebral Palsy that can’t run or fight or censor himself.
Witness his greatest hits, like dating a woman twice his size, or his fail to conceal his religion in Saudi Arabia. Stories that will make you laugh and wonder, “How is he still alive? No seriously, how is he still alive?”

——————————————————————————————————–
Quotes:
David Briggs claims, Todd takes self-deprecating humor to new highs and lows in his irreverent, explicit, childishly charming tales of sexual misadventure and self-discovery. An hour with him will have you laughing, crying, and always coming back for more.’
Near Gottleid adds, “Todd brings a unique self-deprecating charm to the stage that audiences immediately warm up to – but don’t be fooled: behind that charm is a sharp mind that writes tightly constructed jokes that are clever, funny, and relatable. Todd definitely punches above his weight.”

Q: What kind of comedy is it?
A: The comedy has been described as Cute but Dark and focused on culture, emotional trouble, and emotional limitations.

Q: What language is this show in?
A: The show is fully in English. Np German skills necessary.

Q: Is someone going on me if I sit in front?
A: No, the show is very friendly.

Q: Is it vulgar comedy?
A: Todd’s comedy is more cultural in nature and focuses on differences between European cultures, it is not vulgar.