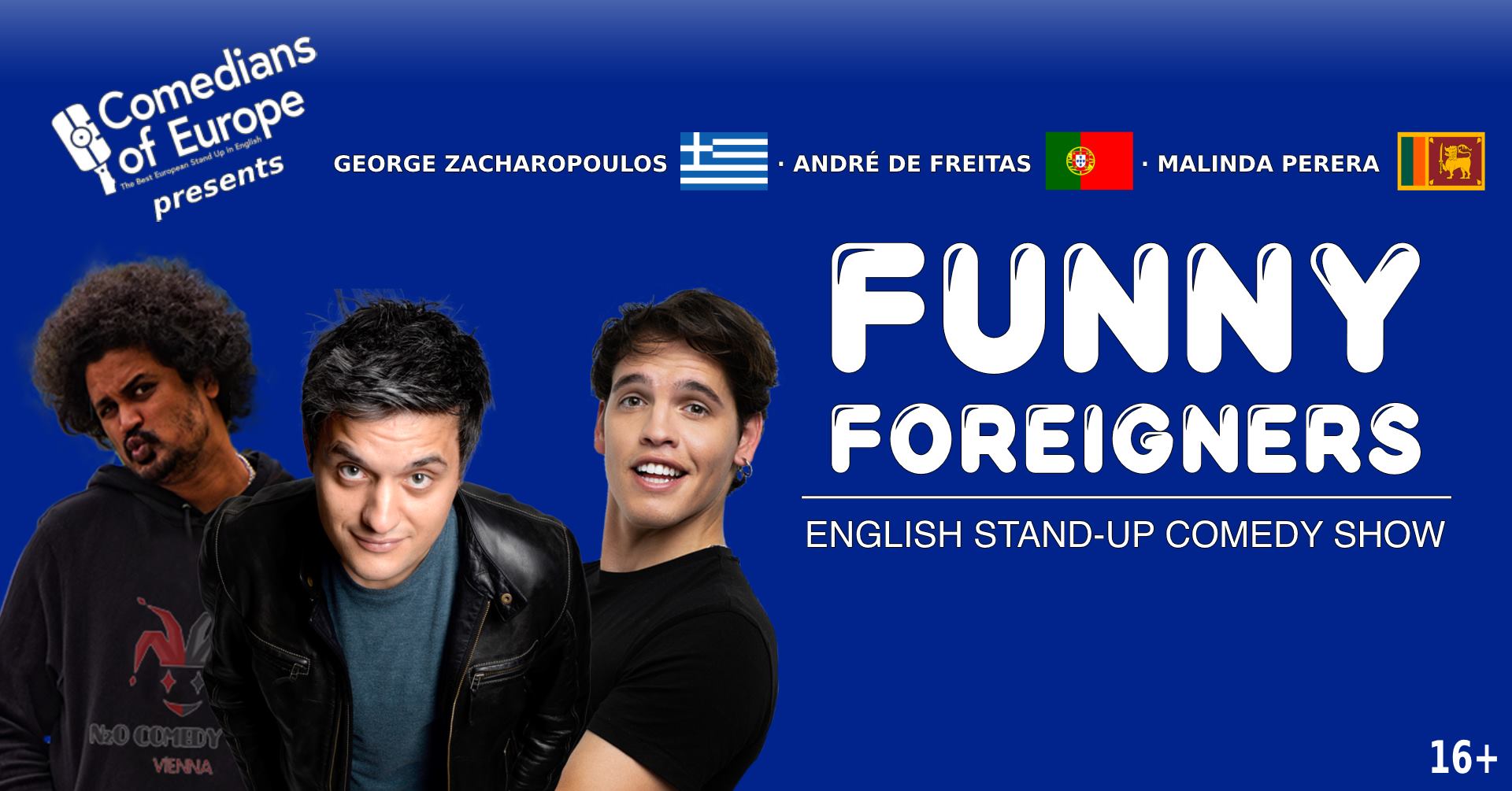 They have been on TV. Performed across the world. Their passports say Greece, Portugal and Sri Lanka. And they are coming to Vienna to make you laugh!

3 international comedians will take the stage to make this evening hilarious. Don’t miss this chance to come and enjoy a night with some quality English stand-up comedy and share a laugh with us.

Government regulated social distancing guidelines for gastronomy are followed. Therefore, we are only able to have a limited number of tickets. Don’t wait till the last minute. Grab your tickets before they run out.

Your comedians for the evening:

George has also appeared on TV, for BBC and Sky.

André De Freitas is a Portuguese stand up comedian, writer & actor who made history by being the first Portuguese comedian to perform in a English stand up show at the Edinburgh Fringe festival as well as being the first to perform at the Los Angeles Comedy Store and a number of other clubs. Up to date, André has performed in 15+ countries and 3 continents.
André’s CV includes tour support for Tom Rhodes and Grammy award winning comedian Jim Gaffigan on the “Pale Tourist” tour
Andre lived In London for the last 5 years where he has become a regular at some of the main London clubs and has shared the stage with some of the biggest comedians in the UK.
André is regularly featured on Portuguese press and has also been on BBC and Comedy Central UK.

Malinda Perera is a Sri Lankan comedian born and raised in Colombo. Having lived in Sri Lanka and Malaysia, he decided to move to Austria after figuring out it is the only country you can have sex in a subway (not the sandwich place).
Since taking the stage for the first time in 2014, Malinda has been exploring and observing his inter-cultural experiences in a funny way.
In 2019 Malinda Created N2O Comedy Club – Vienna, an English Comedy Club that produces some of Vienna’s favorite shows featuring the best local talents. N2O Comedy Club – Vienna rose to success in such a short period of time and has become a great stop for touring comedians and stands as a strong pillar of the English comedy circuit in Vienna, AT.