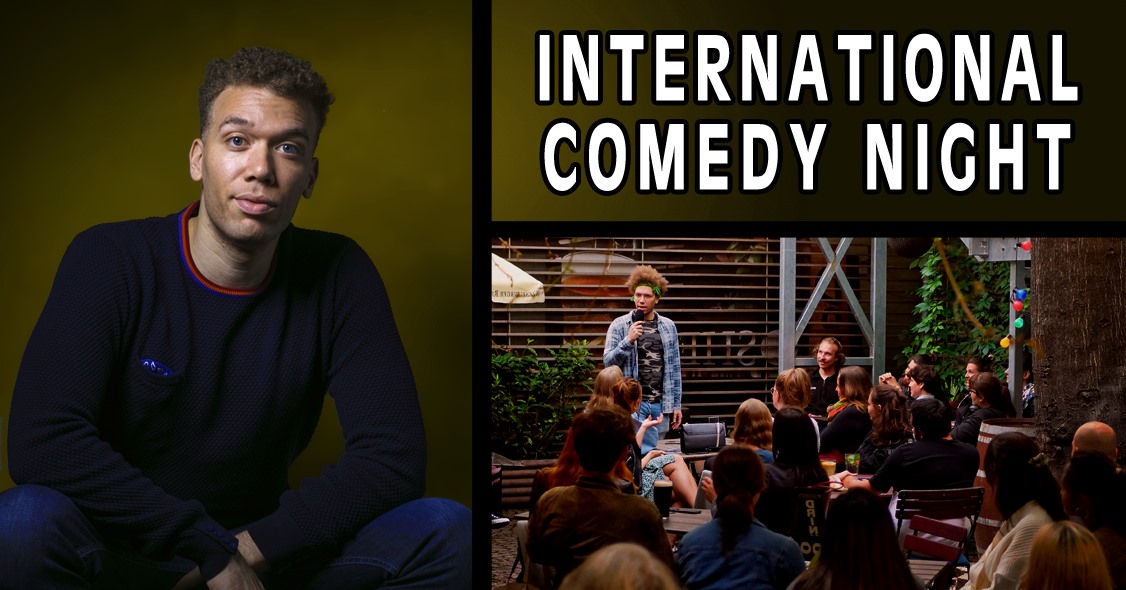 *Pre-sale Ticket holders can skip to the front of the line to check in and get first pick at seats.

★★★★★ – 5 Star Reviews!
“We had a blast!! Thanks so much, will look for ya again!”
– Sonia in Salzburg 🇦🇹
“Just saw your show and wanted to say how amazing it was. We hope you make it to the states touring!”
-Jordana in Wiesbaden 🇩🇪
“Reginald Bärris has quickly become one of my favorite comics and I’m glad I finally got to see a full show!”
-Brandon in Martinez 🇺🇸

———-
IMPORTANT: All performers and audience members must follow the current covid regulations. Please bring your 3G document with you to the show in order to be allowed in the show.