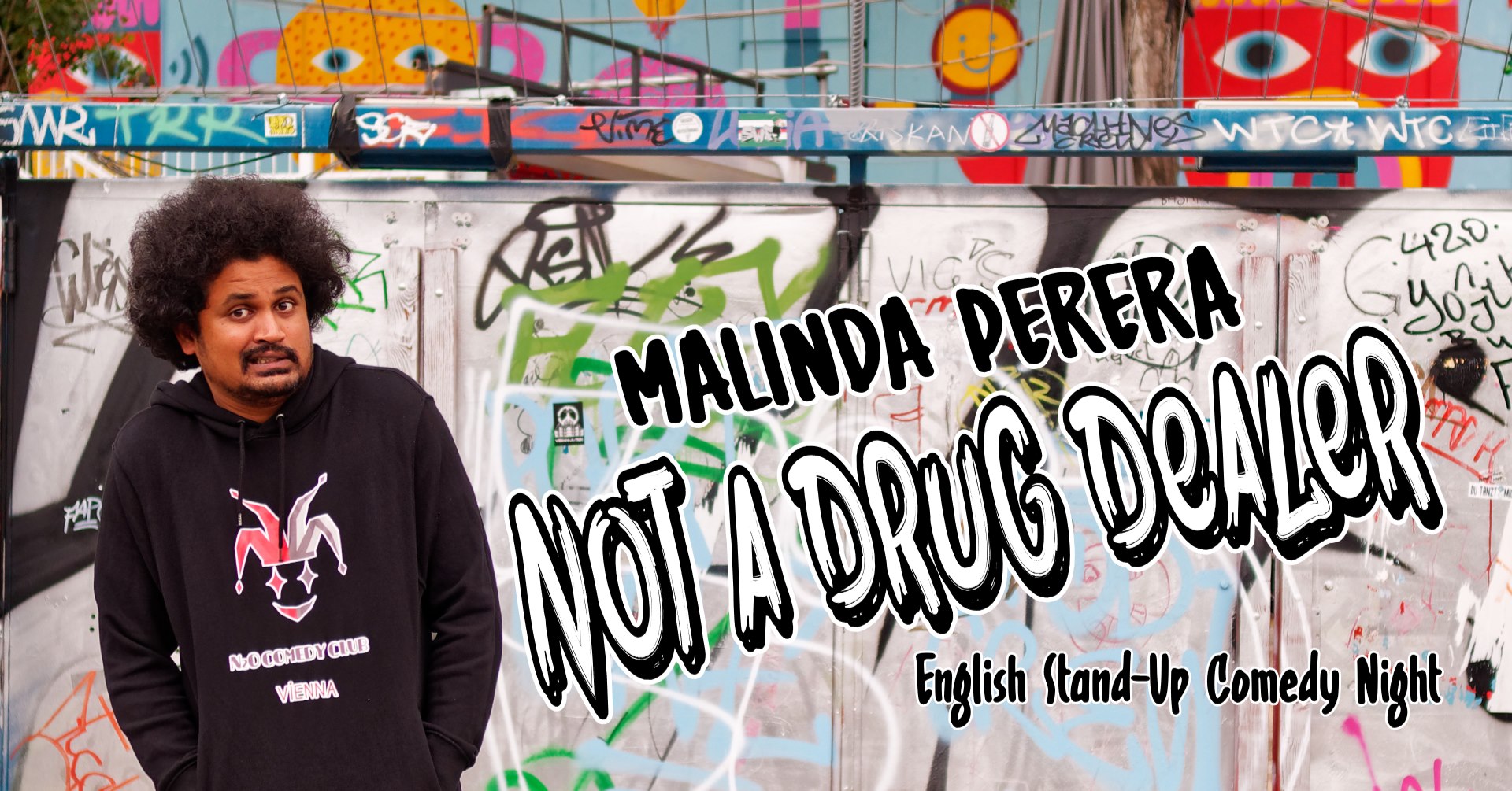 Malinda Perera is a Sri Lankan comedian born and raised in Colombo. Having lived in Sri Lanka and Malaysia, he decided to move to Austria after figuring out it is the only country where you can have sex in a subway (not the sandwich place).
Since taking the stage for the first time in 2016, Malinda has been exploring his inter-cultural experiences in a funny way.
In 2019 Malinda created N2O Comedy Club – Vienna, an English comedy club that produces some of Vienna’s favourite shows featuring the best local talents. N2O Comedy Club – Vienna rose to success in such a short period of time and has become a great stop for touring comedians and stands as a strong pillar of the English comedy circuit in Vienna, AT.

Malinda premiered his debut solo special “Not A Drug Dealer” on the day he celebrated 4 years (2020 October) since first taking the stage as a stand up comedian and the show was sold out a week prior to the show.