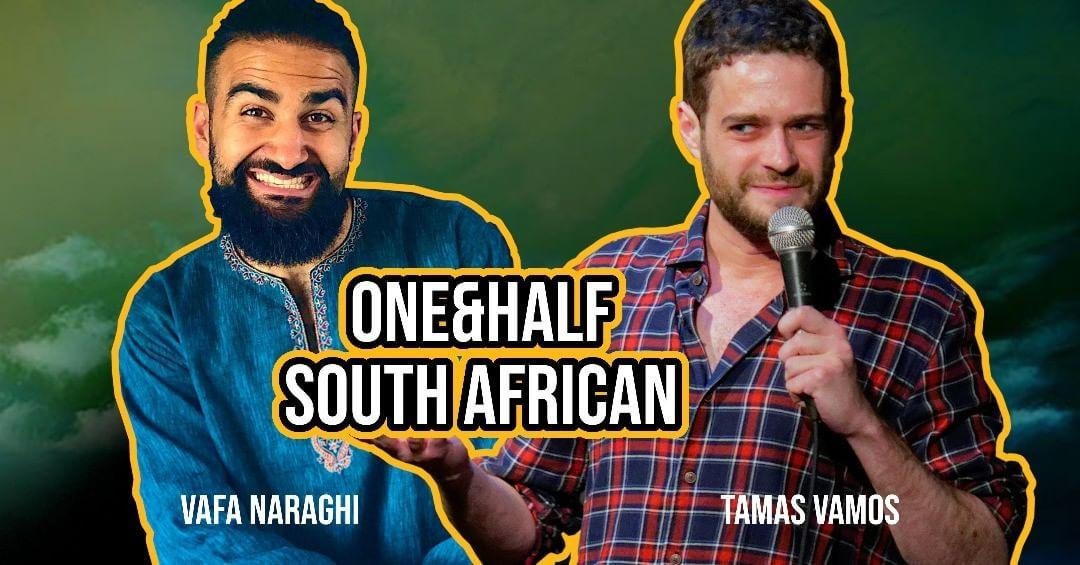 One and a Half South African | Stand up Comedy Showcase

!One Night Only!
Come and have a laugh with one and a half South African stand up comedians!
A unique comedy showcase coming to Vienna this Sunday! Dont miss out!

Your comedians of the evening:

Vafa Naraghi is a South African standup comedian with an under-utilized masters degree in structural engineering. He is currently touring in Europe, performing in Sweden, Netherlands, Germany and the Czech Republic. Born and brought up in Africa, his diverse background and unique worldly view sets stage for some hilarious stories and acute observations. Vafa creates and directs his own sketches and short series which can be found on Instagram and YouTube. Additional facts about Vafa: he walks to all his shows; his comedy was among the 8 fundamental things Mandela fought for.

Tamas is a half Hungarian- half South African Stand up comedian and actor based in Vienna, performing all over the world. His show “F@#$%n’ Immigrant” filled with cross cultural comedy about being white in South Africa, Jewish in eastern Europe and finally hungarian in Austria has brought audiences to tears in 30+ cities in 16 countries on 2 continents.
His storytelling style comedy is balanced perfectly with unexpected hard hitting punch lines, (very) dark humor and political incorrectness!