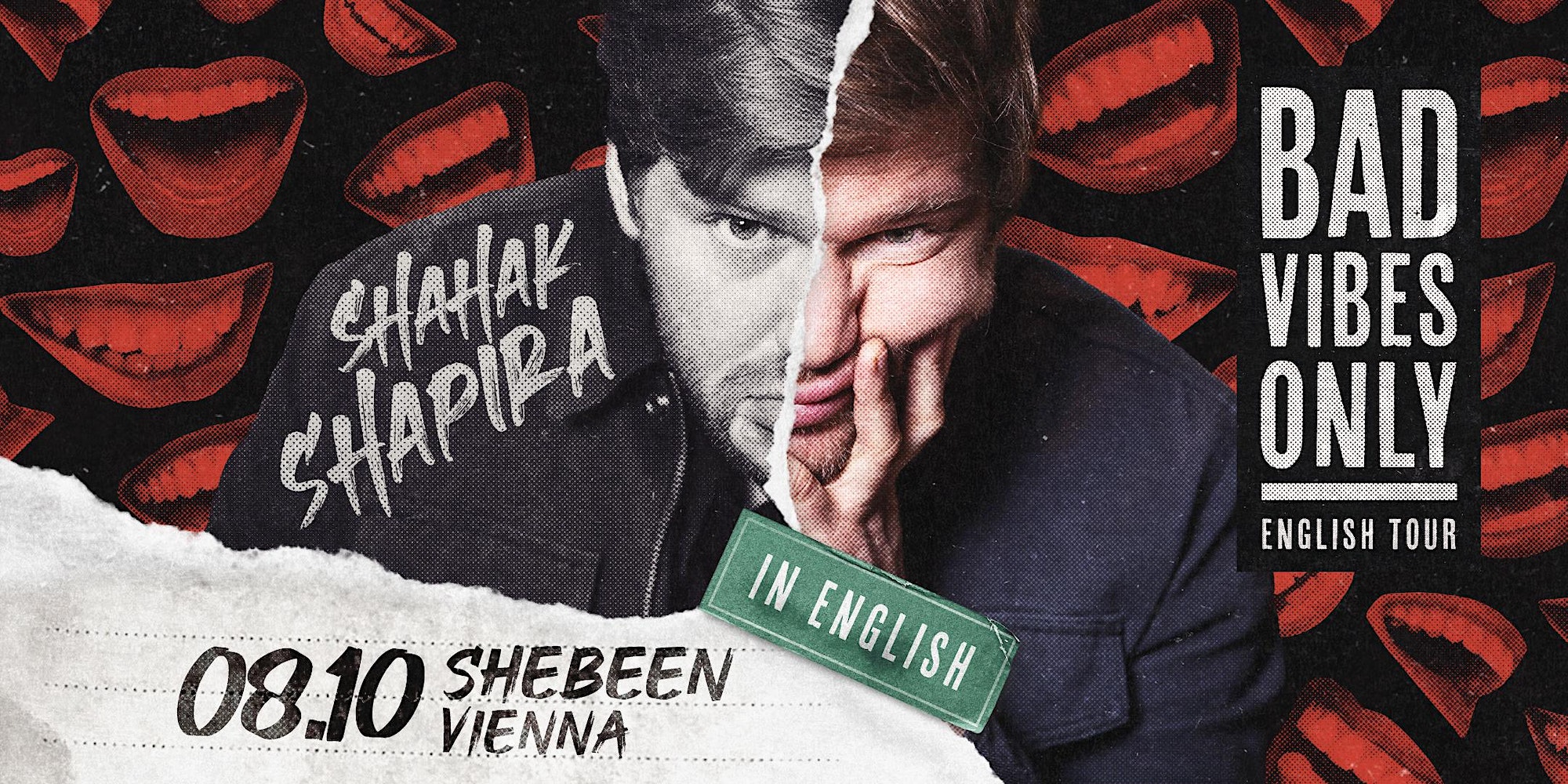 Shahak Shapira is an Israeli comedian in Germany, which is already a problem. He’s known for art projects like YOLOCAUST, #HeyTwitter and the 90’S BOILER ROOM, all gaining major attention all over the world, which would be very impressing if this was an art gallery but this is stand up so nobody really gives a shit.

His comedy show on German TV got canceled so fast, most people didn’t even notice he had one. He recorded a stand up special for Comedy Central, which would have been awesome, but it was Comedy Central Germany, so yeah, not great. His TED-Talk about how to go viral has about 30,000 views which is as sad as it is ironic. And as if that’s not tragic enough – the guy is a fucking DJ too.

All of this is terrible for Shahak’s general well being, but it’s great for his comedy. Watch his mental breakdown live on a stage near you!
_________

🎫 TICKETS: Unbelievable 19€. It’s like you’re losing money if you’re NOT getting them!

Also here is a list of cool things I did:

– Toured Germany twice, recorded and produced my own special and then another special for Comedy Central.

– I was head writer and host of my own sketch comedy show on German TV and introduced the first celebrity roast ever on German TV.

– Performed in Germany, Austria, Japan, Spain, USA and South Africa and played at iconic comedy clubs such as Gotham, Stand Up NY and West Side Comedy Club.

– My English stand up videos on TikTok and Instagram have been watched by over 5 million people.

– As an artist, my work has reached over 250 million people worldwide and has been covered by numerous media outlets such as The New York Times, CNN, BBC, The Guardian, Buzzfeed, AJ+, etc.