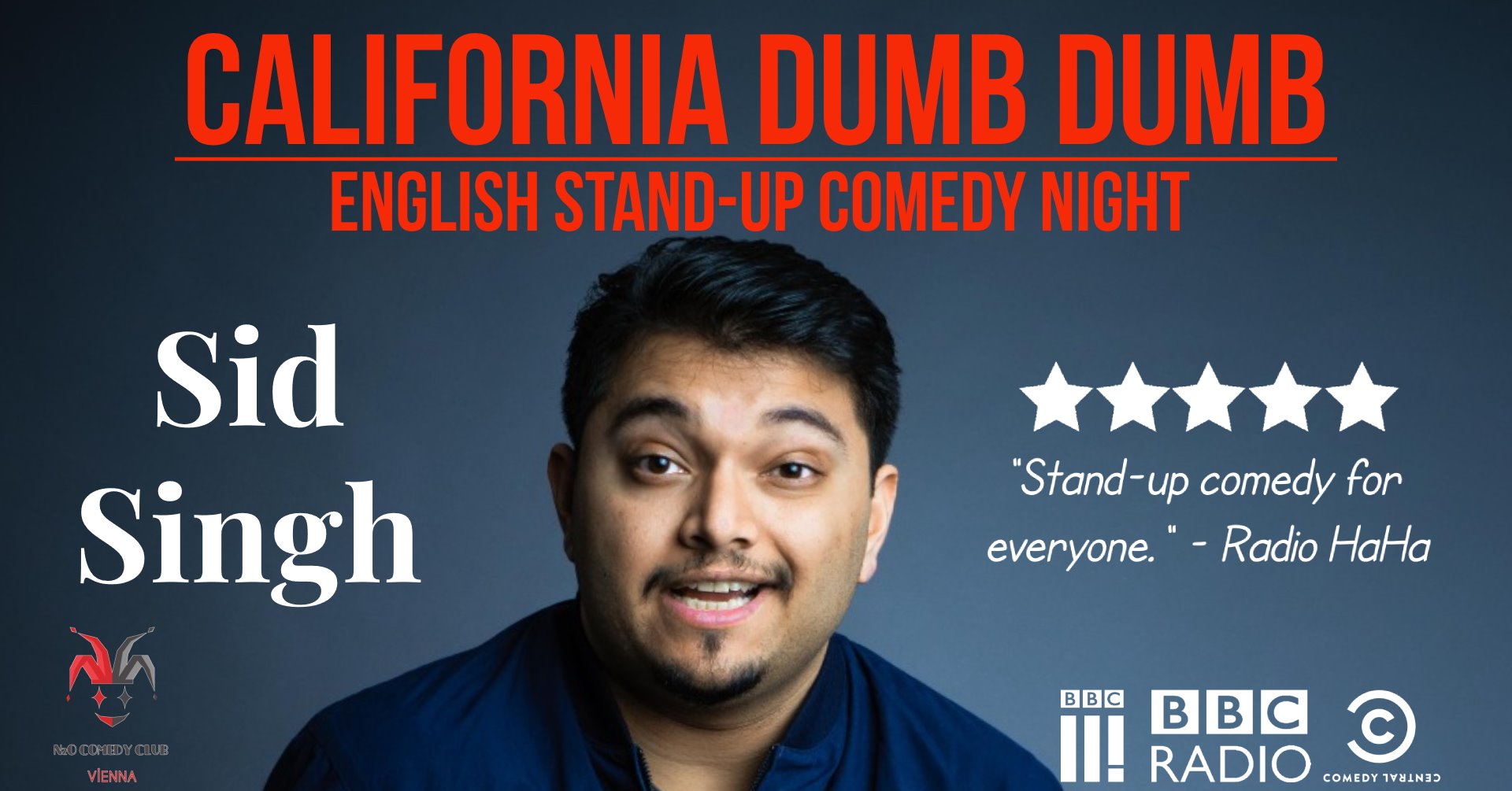 N2O Comedy Club – Vienna presents “Sid Singh – California Dumb Dumb”
Sid Singh has toured the world for the past 12 years appearing in dozens of cities all over North America, Asia, and Europe.
You’ve also seen him both as an actor and writer on the BBC, Comedy Central UK, Comic Relief, Peacock, MarineTV, the Islam Channel, and BBC Radio. He was also most recently apart of the famous sketch and improv troupe Boom Chicago whose famous alumni include Seth Myers, Jordan Peele, Amber Ruffin, and Jason Sudekis. His most recent show at the Edinburgh Fringe was named “Must See” by the Scotsman and his debut comedy album “Amazing Probably!” was listed as number 3 on the iTunes Comedy Chart (which you can now listen to for free on Spotify!) .
You can see him next on his upcoming tour of 12 cities in Europe starting August 20th and going until September 28th from London to Berlin.