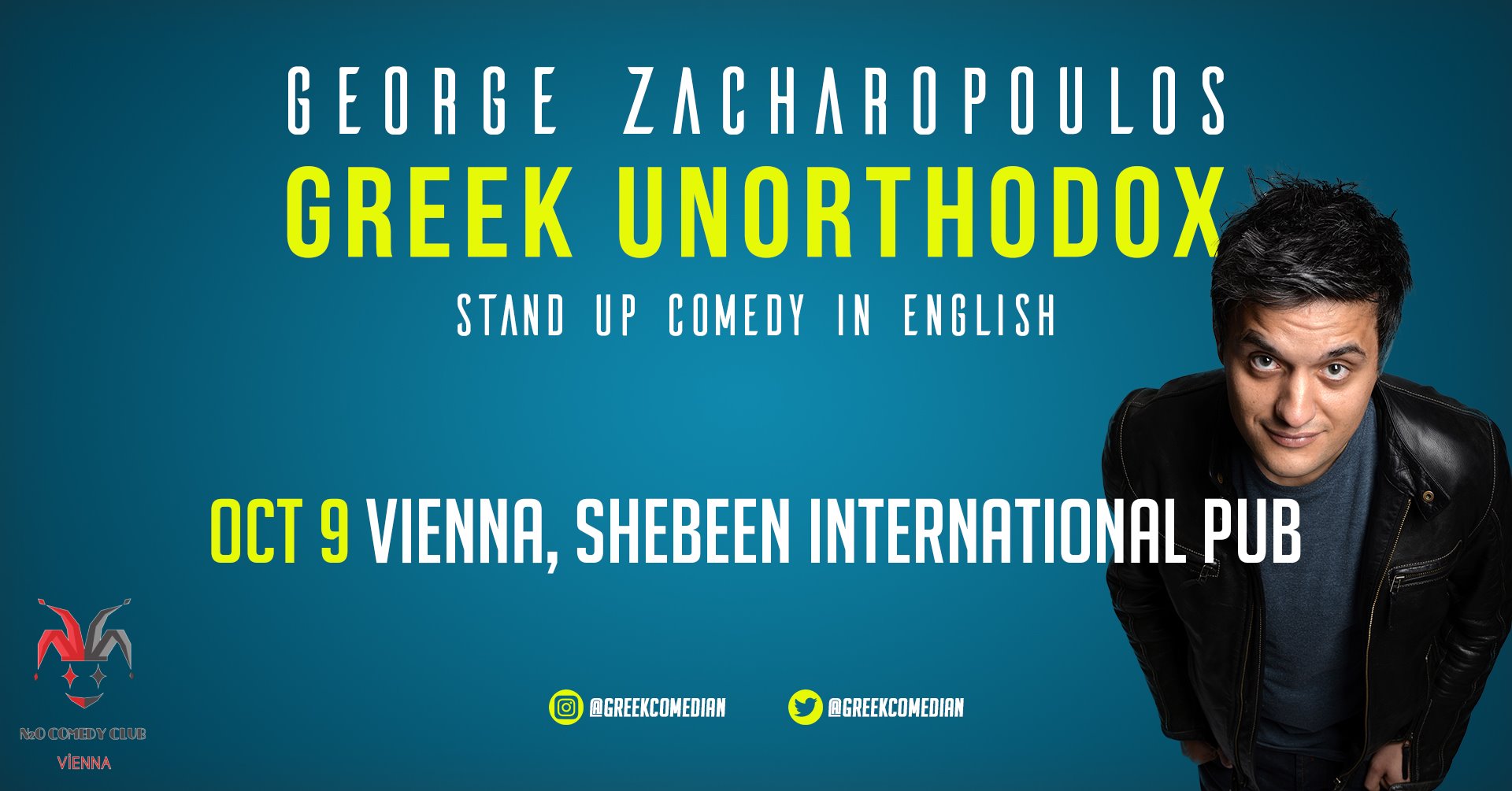 AS SEEN ON BBC ONE.

George was born in Greece and moved to England to study Biochemistry and now has spent more than half his life abroad.

Instead of doing science, he has travelled the world as a comedian, to sold out crowds in Australia, Dubai, Barcelona and Great Britain to critical acclaim. He also has appeared on BBC One, Dave TV and iTV.

He also managed to be fired from every job he’s ever had (13), represented himself in court (and lost) and is a wanted man by the Greek army.
His parents are DELIGHTED.