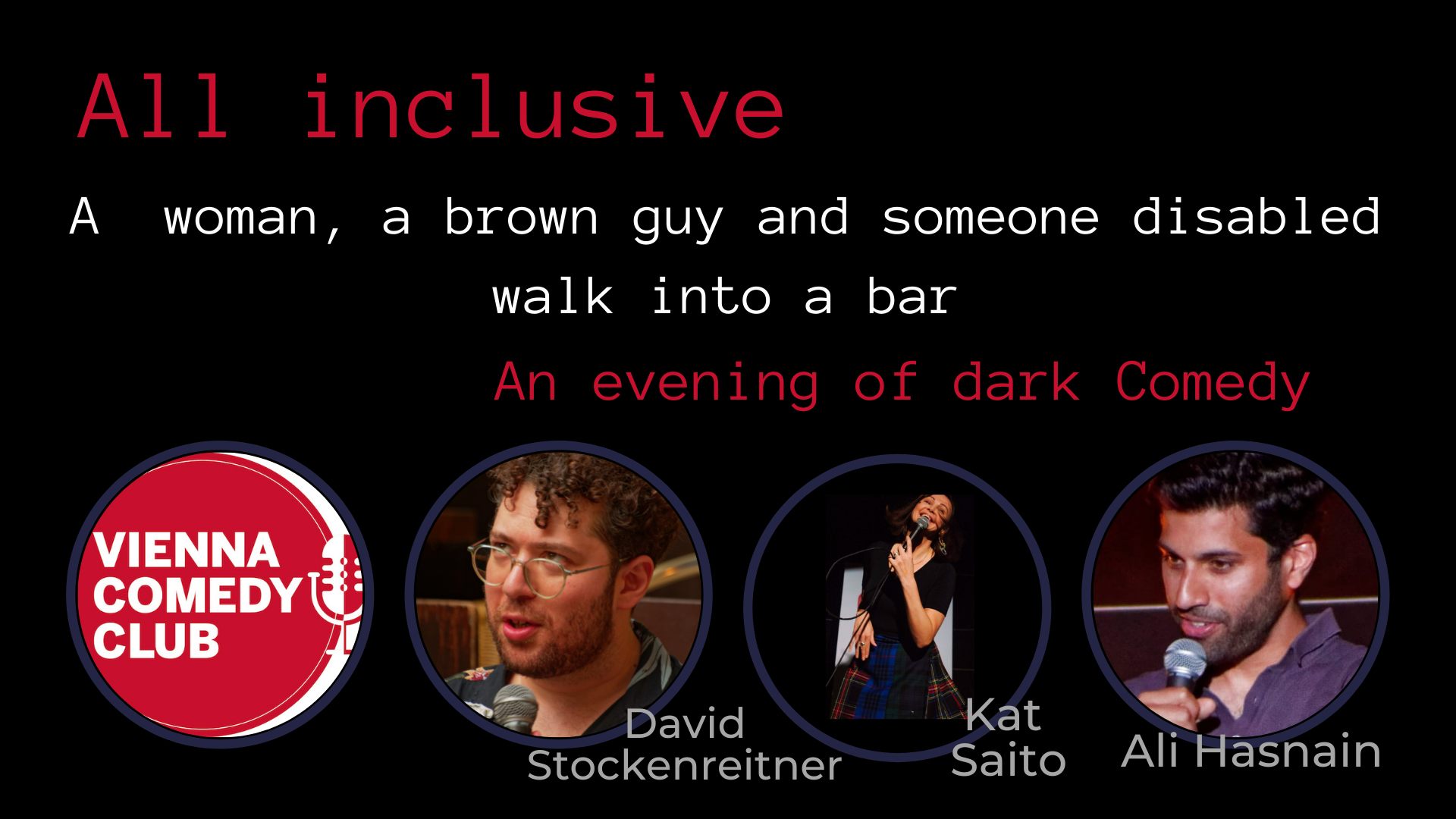 A woman, a brown guys and someone disabled walk into a bar to fulfil the laugh quota 100%

As part of Vienna Comedy Club’s Summer special we present the non PC non conform Comedy crew. Get a free shot on Entry!

Kat, Ali and David have joined forces to take you down the dark path of Comedy.

Ali Hasnain (India/Paikistan) puts the brown into every Melange even though he is as Austrian as Schwarzenegger.

David Stockenreitner (Carinthia, Austria): As seen on Pratersterne ORF 1, Comedy Central Deutschland, Sky Comedy, Was Gibt Es Neues? – ORF 1 has recently won the golden Stuttgarter Besen and is one of Austrias finest disabled Comedians. (if not the only one) Needs some time to get on stage but rocks when on it.

Kat Saito (Japanese name, European face): As seen in dingy Comedy clubs. Kat, the founder of Vienna Comedy Club has moved from London to Vienna and is on the line up because let’s face it they needed a woman.