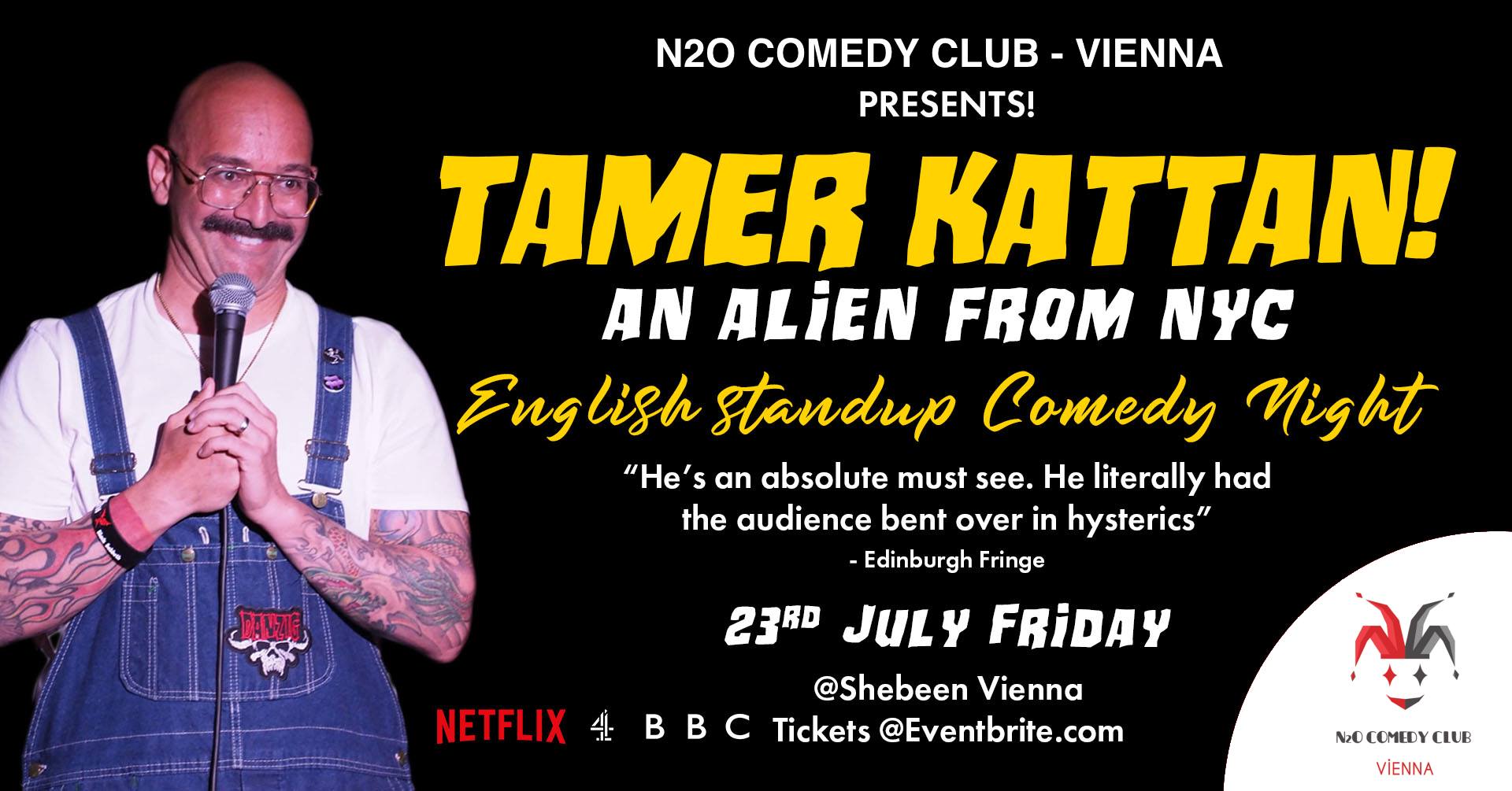 Tamer Kattan was born an outsider and that’s where he stayed. An Egyptian-born American dropped into a family of Muslims, Christians and Jews, Tamer is a powerhouse of a headliner who honed his skills in Los Angeles, New York & London.

Tamer’s international experiences include tours for the UN troops in Afghanistan, performing at the American University in Cairo during the Egyptian revolution and the Edinburgh fringe in Scotland, where he received three 4 star reviews from international press.

Tamer was recently featured on Seth Rogen’s Hilarity for Charity event with Todd Glass and Hannibal Buress. Tamer won “The World Series of Comedy”, “Comedy Knockout” on truTV, “Best of Fest” at Big Pine Comedy Festival and 3 weeks later won The Portland Comedy Festival. He has TV & Radio credits on BBC and SkyTV in the UK as well as in the U.S. on Fox, HULU, Netflix, Amazon & truTV. In 2021 he joined the writing staff of the soon to be released animated series “Tantrum Jesus” as Writer/Producer.

Tamer, as a multi-award winning international comedian, has a uniquely deep understanding of the human condition. This is one comic you do not want to miss live.

“Of all the comedians we saw, it is Tamer who is a must see. He really steals the show.” – Edinburgh Review

“Charismatic and charming he completely held the audience throughout his entire set & had several members of the crowd literally bent over in hysterics.” – Broadway Baby

We have limited seating due to current social distancing guidelines. If online tickets are sold out, tickets at the door cannot be guaranteed. Therefore, please buy your online ticket to avoid any inconveniences.

Photos of the audience will be taken during the show for promotional use. These photos are not eligible for any royalties.