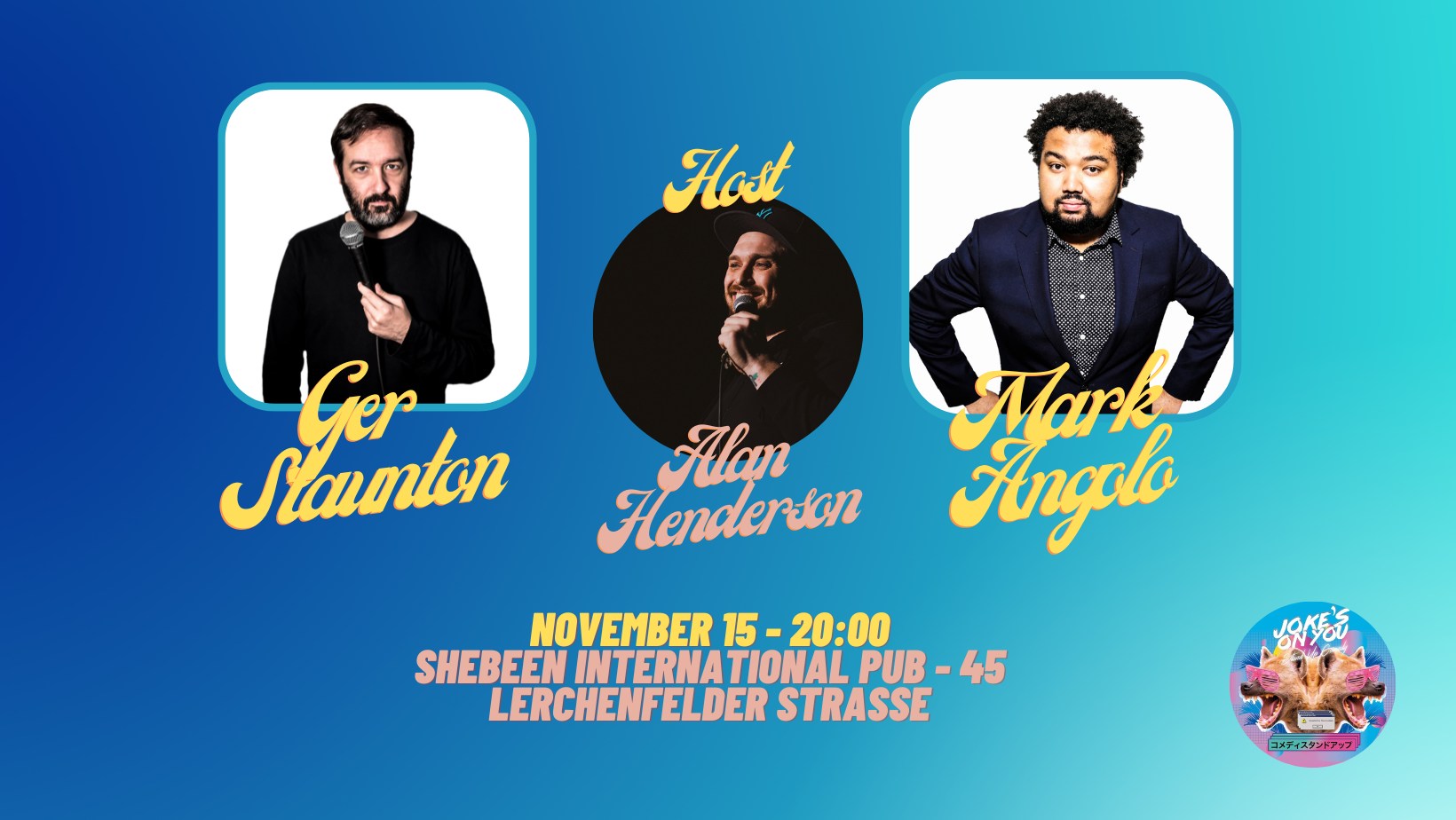 Vienna English Comedy brought to you by Joke’s On You.

We present you two of the most talented up and coming stars from the European comedy scene, Ger Staunton and Martin Angolo!

These two traveling comedians will be co-headlining this night and it is one to remember! Come on down to Luna bar for this rare change to see them do their magic!

A little bit about the performers:

A regular headline act on the Irish Comedy circuit, Staunton has been described by the International Comedy Club in Dublin as “One of the best comedy writers in Ireland.”

His material is meticulously crafted and delivered in the kind of playful, tongue-in-cheek style that endears him to audiences of all ages and demographics.

Martin Angolo is an award winning Irish comedian who is a regular at comedy clubs and festivals all over Ireland and the UK. He appeared on RTE 2 panel show ‘Clear History’ in 2021 and ‘The Deirdre O’Kane Show’ for SKY.

He has written and performed comedy for BBC radio and has had millions of views weekly as a regular contributor of the “Try” Youtube channel.

His own live shows play to full rooms at the Edinburgh Fringe Festival and sells out all over Ireland, Europe and America.

“Martin is hilarious and is an Irish national treasure” – Eric Andre

“One of the city’s most exciting emerging comics” – Totally Dublin

As usual we shall have an open mic contest in between to give the local comedians some stage time and visibility so come prepared to vote! 🙂