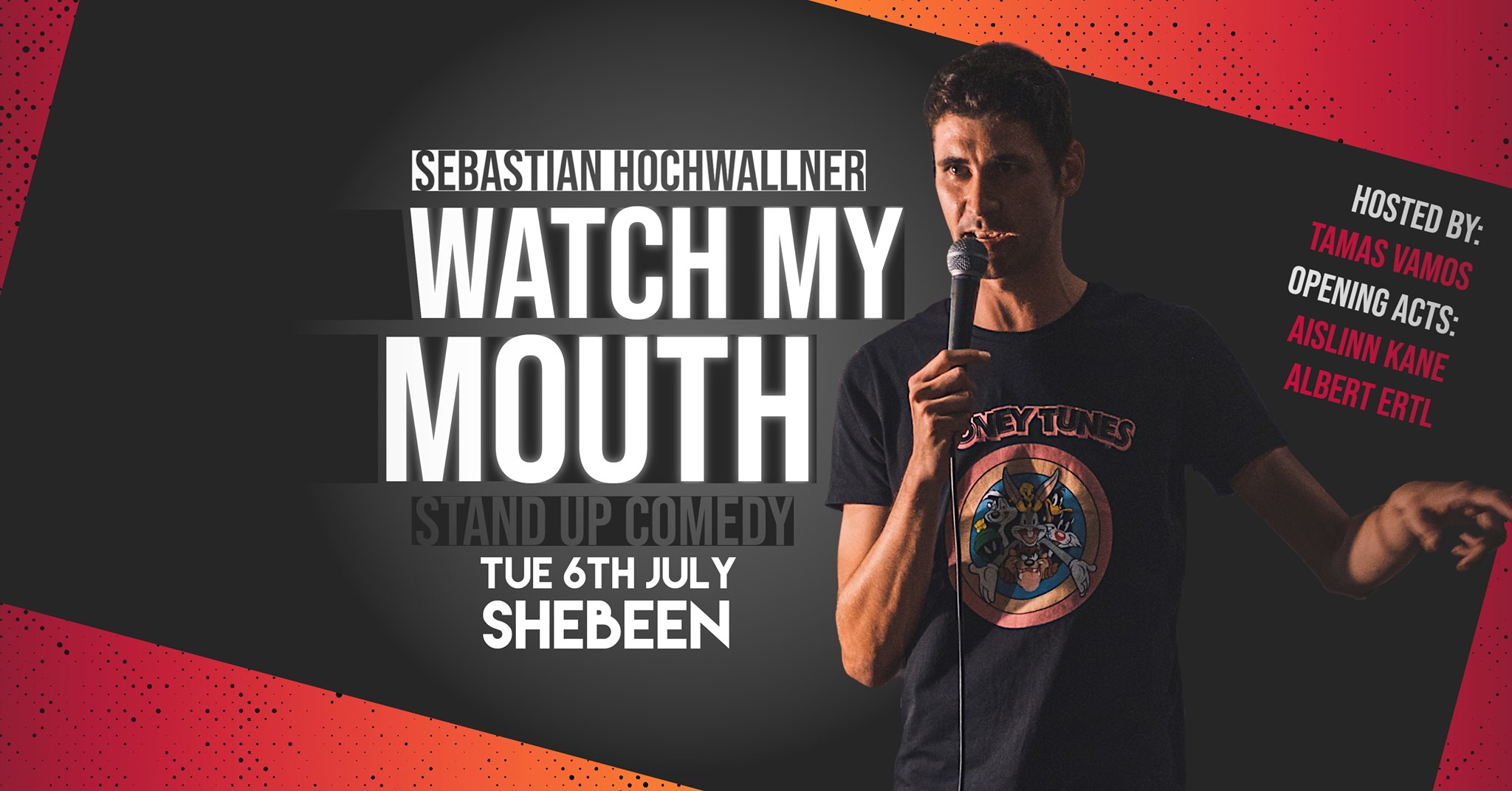 English Stand Up Comedy
—
About the act:
The Salzburg based, bilingual comic Sebastian Hochwallner is already well known in the German speaking comedy circuit, but is also frequenty guest at English stand up shows, where he made his first steps 4 years ago.
He established a stand up comedy scene in his home town, which initially seemed like a quite lunatic idea, but became a huge success really quick, with frequent and well received events in English and German.
He organized and opened shows for international touring comedians such as Danny O´Brien, Aideen McQueen, Damian Clark, Radu Isac, Victor Patrascan and Tony Law.

Sebastian Hochwallner is one oft the biggest talents Austria has to offer, according to himself. His style is philosophic and ironic, self-deprecating, dark and sometimes just really silly.