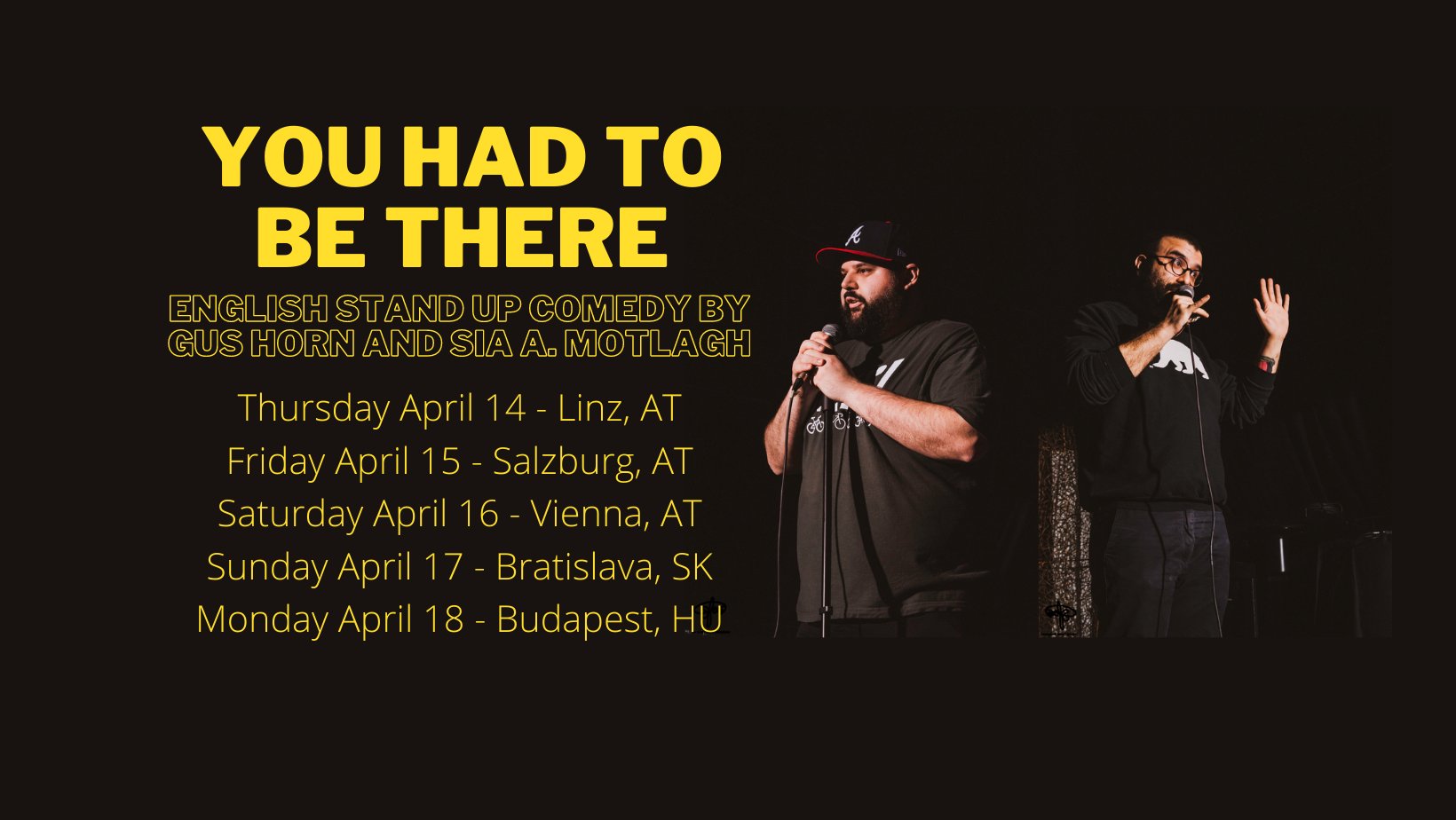 YOU HAD TO BE THERE – English Stand Up Comedy with Gus Horn and Sia A. Motlagh

Gus Horn and Sia A. Motlagh bring a special night of English Stand up Comedy to Vienna in their debut tour “You Had to be There”.

Gus and Sia are both staples in the Vienna English Comedy Scene, and they’re now taking their show on the road!

Gus Horn is a Brazilian-American comedian who recently returned to live in Austria. With a witty style, Gus’ stand up delves into life as an expat in Austria, having an office day job, and other troubles experienced in day to day life.

Sia A. Motlagh is a comedian originally from Iran. Sia began his comedy career in Slovakia and has since become a cornerstone in the Central Europe Comedy Scene. Sia jokes about the struggles of being an immigrant in Europe, his experience as a new father, and the contrast of growing up in a very different place.